First of all, there is a FREE weekend DEMO of Jupiter Hell running on our discord! 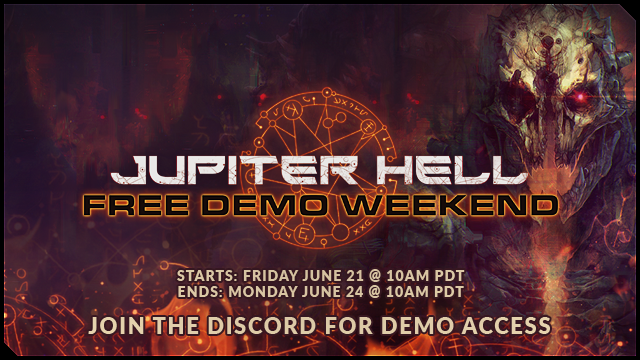 There's a lot of meat in this release. First of all there's Io, placed between Europa and Beyond. On Io you'll encounter CRI - the "good guys" who came to take out the trash. That includes you. Two new enemies can be encountered - CRI marines and CRI bots.

Note however that Io and it's content is a work in progress - there's only one branch, no special levels, and no new weapons (yes, they're coming!). Next update should adress that!

We also added a full-blown tutorial. Technically it's mandatory, but if you really don't want to do it, set skip_tutorial to true in the options. Also included is a more robust help system.

Finally there's a lot more music added to Callisto by our Roland La Goy, and a general sound update for the enemies - turn back those sliders up :P.

There's also a bit of changes and fixes, see below for the full changelog!

We await for your feedback (especially on new changes)!

Next version should be out in two weeks and will include further UI color improvements and more Io content, stay tuned!